Architecture in the Umayyad Era

The Umayyads chose Damascus to be the capital of the Islamic world, they combined the art from the pre-Islamic era in the Arabian peninsula and the Ghassanid architecture , the Ghassanid architecture was highly influenced by the Byzantine and Sassanian, therefore the Umayyad’s style represents a transitional stage between the orient Christian arts to the Abbasid style. 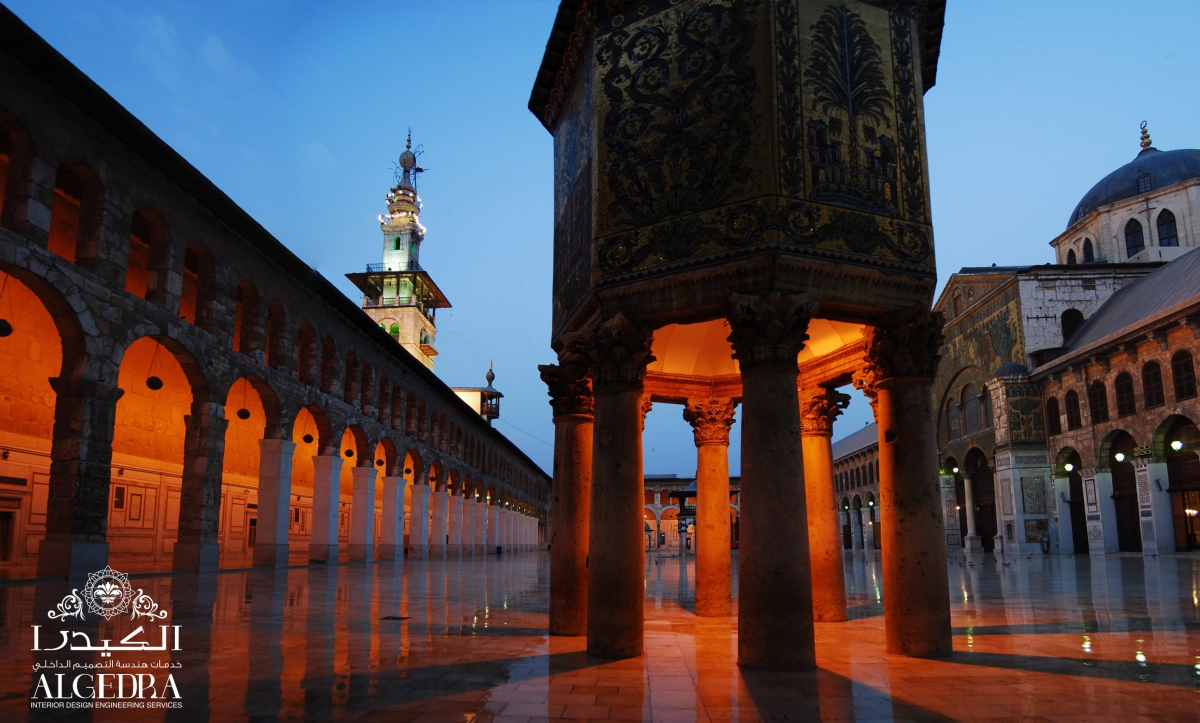 Is the greatest Islamic architectural symbols in the Umayyad era transformed from and old temple into an Islamic mosque, with a rectangular layout and a magnificent dome known as (the eagle dome) it has 3 minarets, near the Kiblah there are a several roofed corridors with a dome in the center, on the other side there is a corridor extended on a row of historical columns, inside the mosque there is an exposed rectangular dish and a hexagonal decorated construction supported by columns. The mosque is full with the arts of the Islamic architecture.

The residential architecture in the Umayyad’s Era: 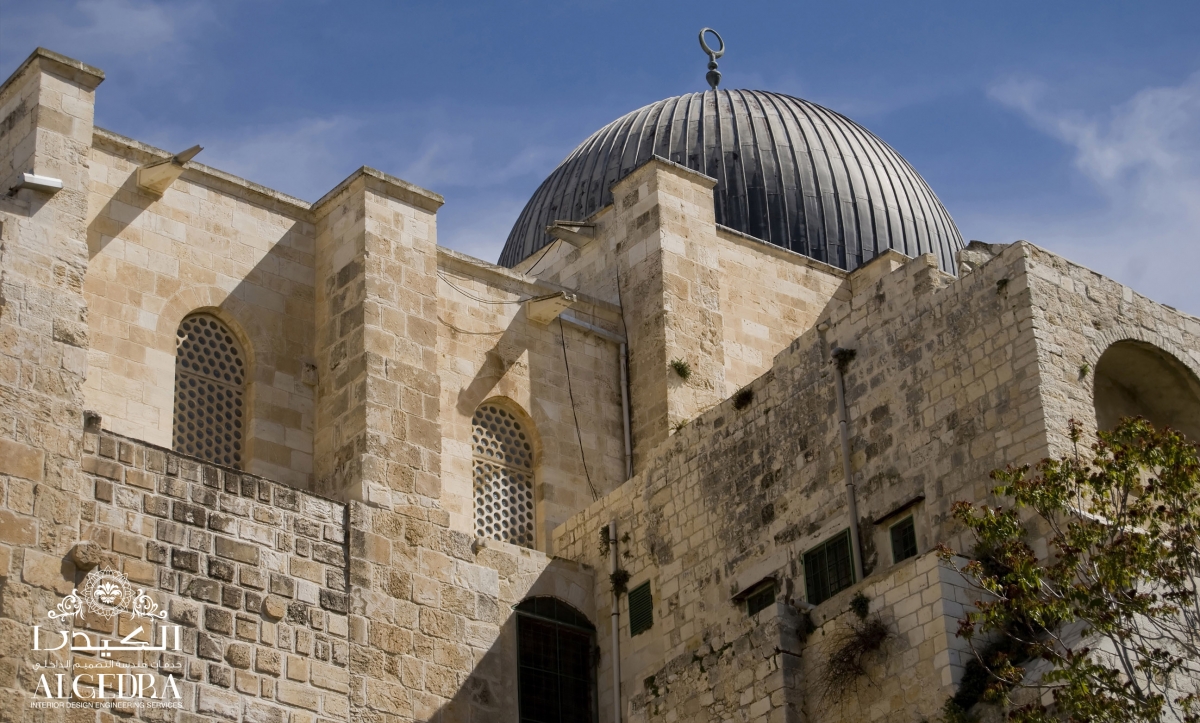 The most prominent example for the residential architecture is Al-Hayeer Al-Gharbi Palace in the center of the Levant in Syria it has distinctive towers and doors, Also Al-Rasafah city known as Rasafat Hisham after Hisham bin Abdul Malek , this city is considered a great example of the Umayyad’s architecture, and Al-Mushtah Palace which is attributed to the Umayyad Ruler Al-Waleed Bin Abdulmalek located in the south of Amman, is a rectangular layout surrounded with semi-circular towers and it has large yards for the purpose of ventilation instead of windows to keep the palace private and safe. Another example for the Umayyad’s architecture is Al-Aqsa Mosque in Jerusalem. There was also Omara Castle in which large arches were involved in its construction.

Samara’a Mosque is an Example for the distinguish architecture in this Era it has a very large and high minaret that looks almost like an Assyrian Zujret. In this era, people sought a layout for the whole city in general rather than a layout for each building separately. The city of Baghdad is a great example for this kind of architecture, it had a circular layout and was called the circular city and it had four entrances such as Bab Khorasan, Bab Al-Basra, Bab Al-Kufa.

Ahmed Ibn Tulun Came to Egypt in 254AH and was appointed as the ruler of Egypt in 259AH by the Abbasid, he transferred the art of the Abbasid architecture in Iraq to Egypt by building a mosque named after him, which has a unique Minaret with external stairs, but the third and the fourth are the summits of the minaret that has a rectangular slot. The mosque’s layout is elongated and has the traditional dish, a Madoh (the Arabic word has no translation) was added later to serve the worshipers. On each side of the dish there are roofed corridors for prayer and the Kiblah side has the largest number of them, the arches in this mosque are pointy and supported by columns or a rectangular section, while the ceiling was a wooden beam with decorations and Koranic Verses.

The Umayyads chose Damascus to be the capital of the Islamic world, they combined the art from the pre-Islamic era in the Arabian peninsula and the Ghassanid architecture , the Ghassanid architecture was highly influenced by the Byzantine and Sassanian, therefore the Umayyad’s style represents a transitional stage between the orient Christian arts to the Abbasid style.