Claimed to be one of the biggest mosques in Europe, built in Germany/Cologne city where Eng. Paul Böhm has set the project to be designed on Ottoman style on an area of 16,000 foot-square meters with a modern architectural design consisting of concrete and glass. The work on it was finished with final touches and opened on year 2013. 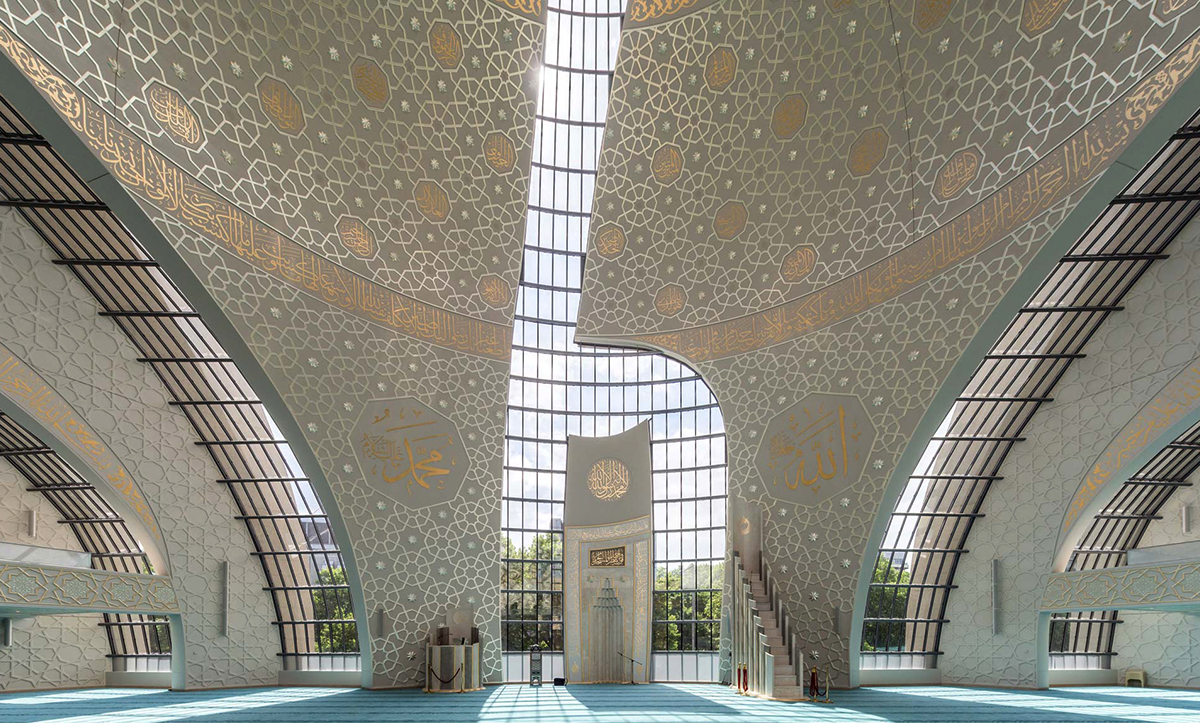 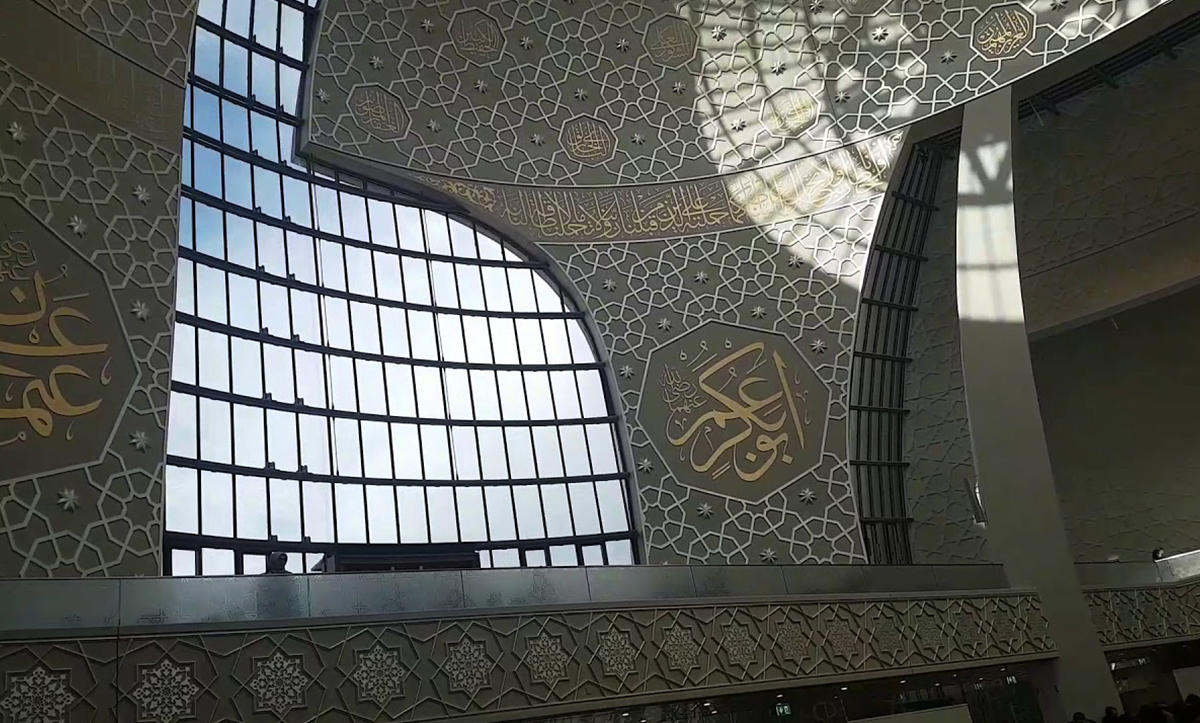 Special sparkles of contemporary style have find their way into its traditional Ottoman main style with the special dark-fainted ivory color painting the walls mixed with that gorgeous Geometrical Islamic patterns in silver lining making an elegant soothing atmosphere bringing calm and tranquility to the hall, touched by a hint of splendor with gilded Arabic calligraphy reciting in silence all around the interiors as masterpiece of Modern Islamic interior design. 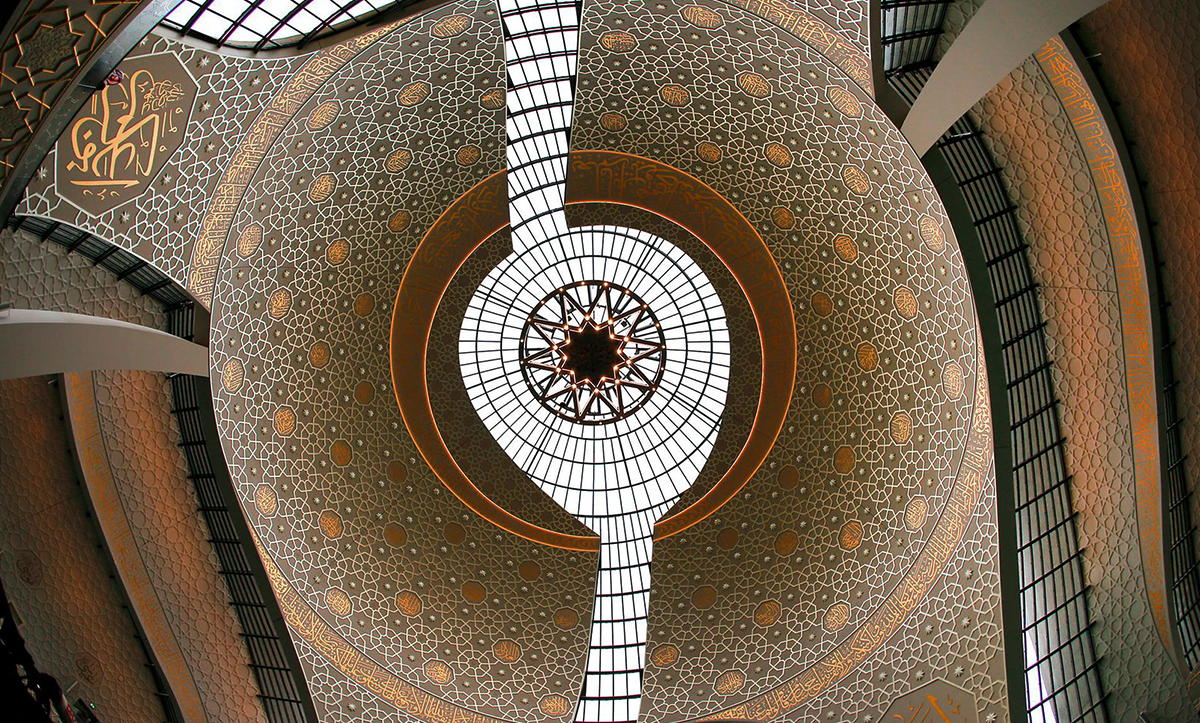 Those minarets were the main issue concerning the building progress for, as claimed by locals, were too high for the surrounding buildings. And after many discussions in the city hall and maintained survey through the media, a compensated solution was in order, and minarets were shortened without affecting design’s concept. 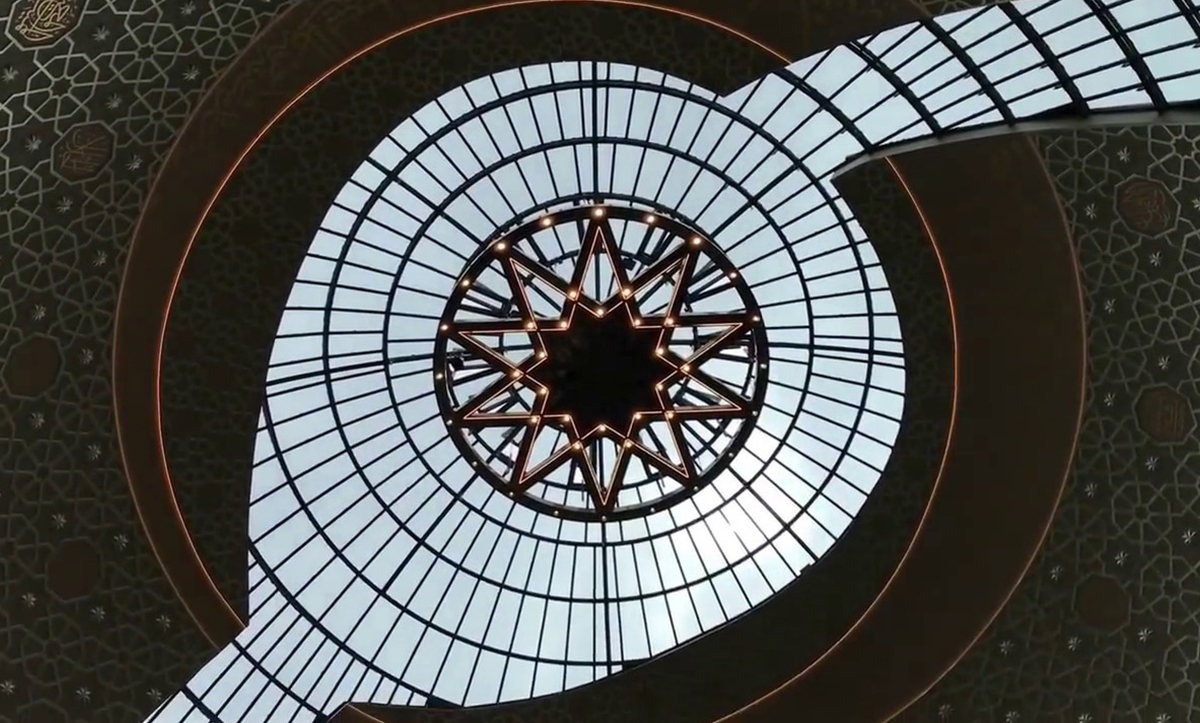 They hall of prayers was large enough for 1,200 men in addition of a large hall aside, to receive people from other religions researching Islam and what it stands for in peace and indulgence.

The mosque also has a big library with important books, classes, a conference room, offices and an underground parking lot. 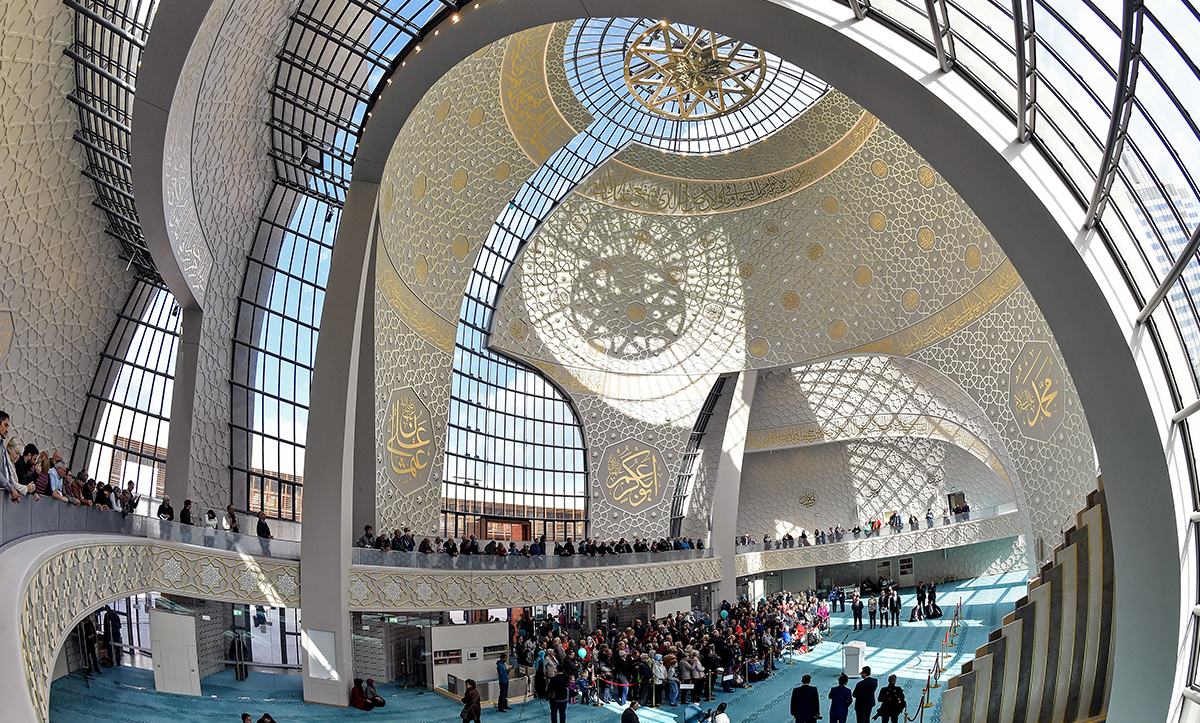