An authentic old school was built by the Just king Nureddin Zengi in the tailors’ avenue in ancient city of Damascus, construction started in the year 1167 AD, and it represents the Authenticity of Seljuk style in Islamic architecture and interior design in Sham. 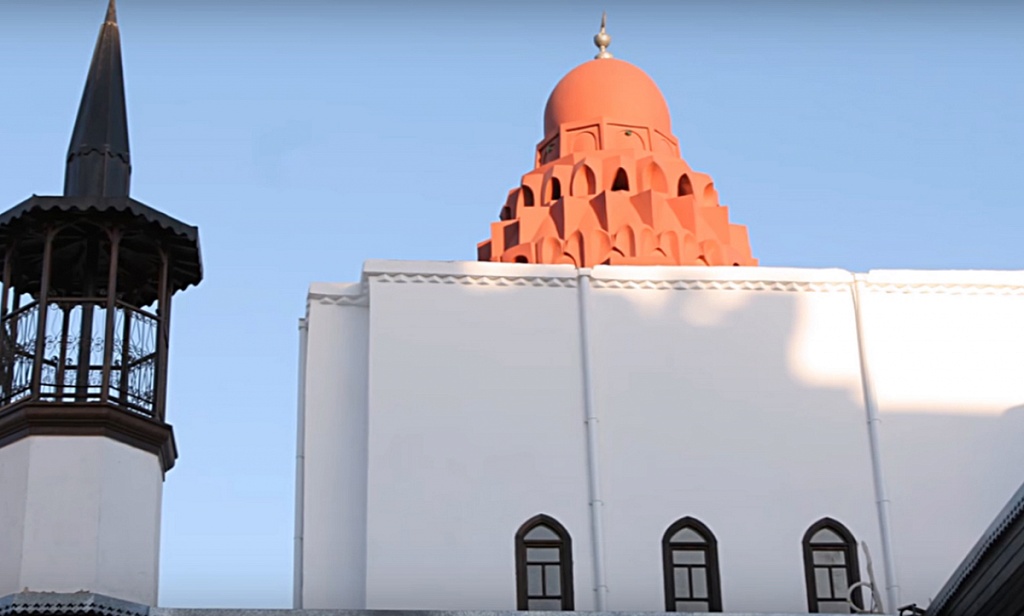 It is in the Rein of Nureddin where the oriental Seljuk style thrives in Sham and was combined with the local Arabian traditional arts and crafts to proceed with the revival phase of Islamic art in a way never been done before since the era of Umayyad’s.

The school has a rather large gate with high wooden doors, and above it there is an attribute sign written in calligraphy. 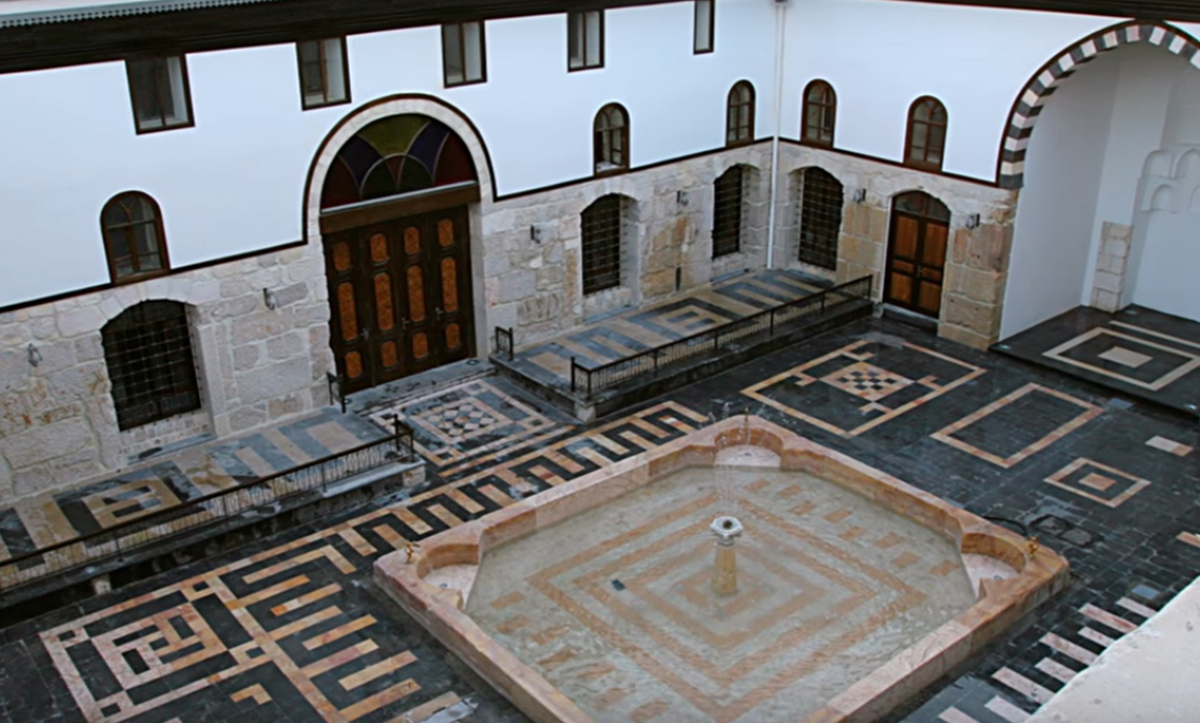 The school was founded on a rectangle floor, and the roof is made of wood with an octagon-shaped base short white minaret. The yard is square-shaped space with a beautiful fountain in the middle, the ground flooring is in Basalt stone. Inside the school there is the Tomb of Nureddin laid under a very unique and marvelous dome that has muqarnas insets, the dome consists of multiple layers hanging over on a squared base with three layers of muqarnas revolving the circular body of the dome with small openings to allow the air and light in. 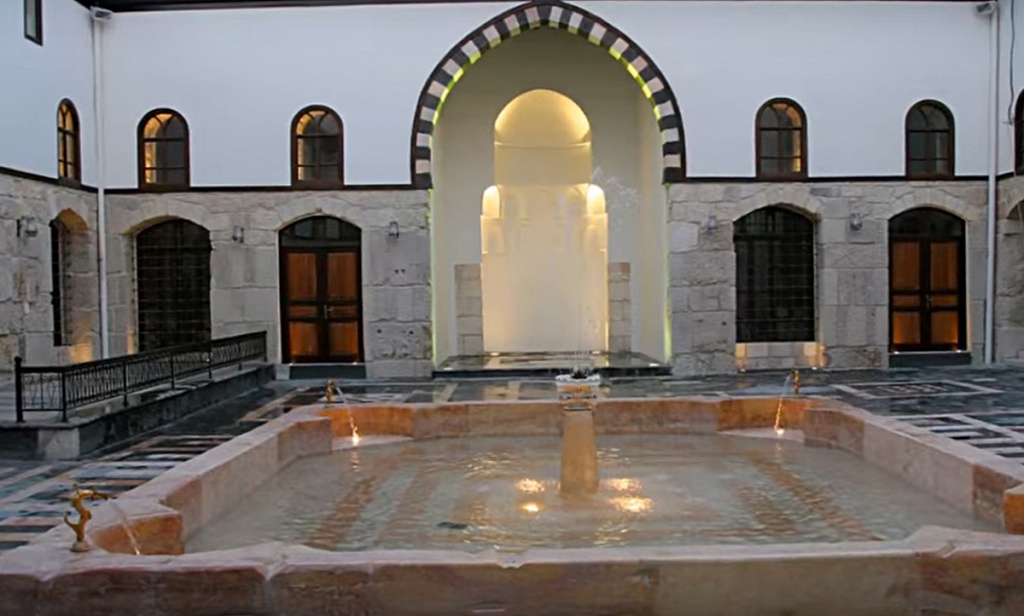 The school is used as a mosque nowadays. And it has been subjected to a process of repairing and restoring in the period between 2011 and 2014 to bring back it former glory. 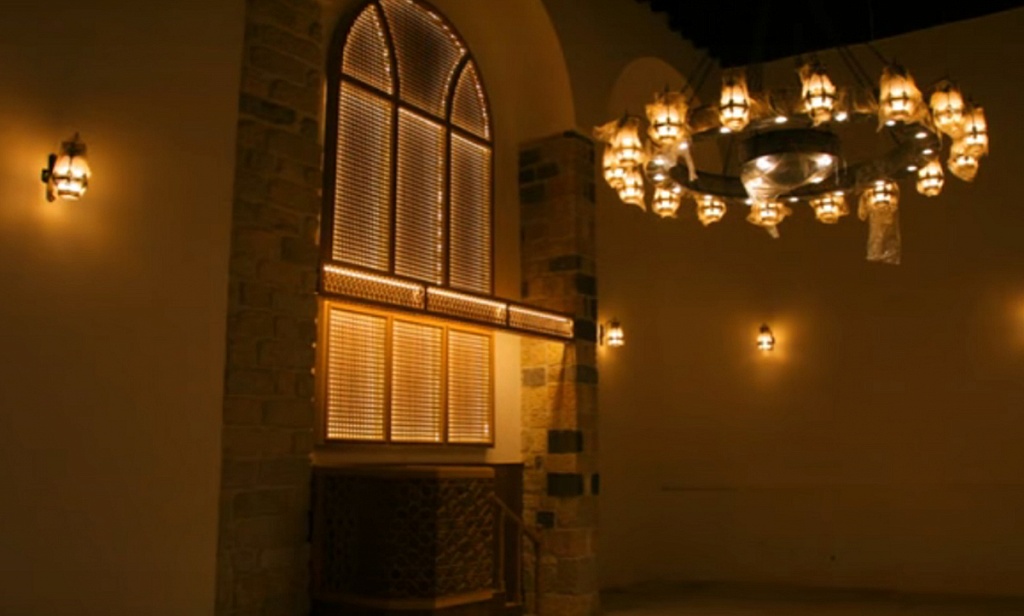 The well-known Andalusian geographer and traveler Ibn Jubayr once described it as:

“It is one of the most beautiful schools in the world, It is an elegant huge building with water works inside leading into a narrow stream flowing into a beautiful well in the midst of the inner yard in an amazing way to the beholder.