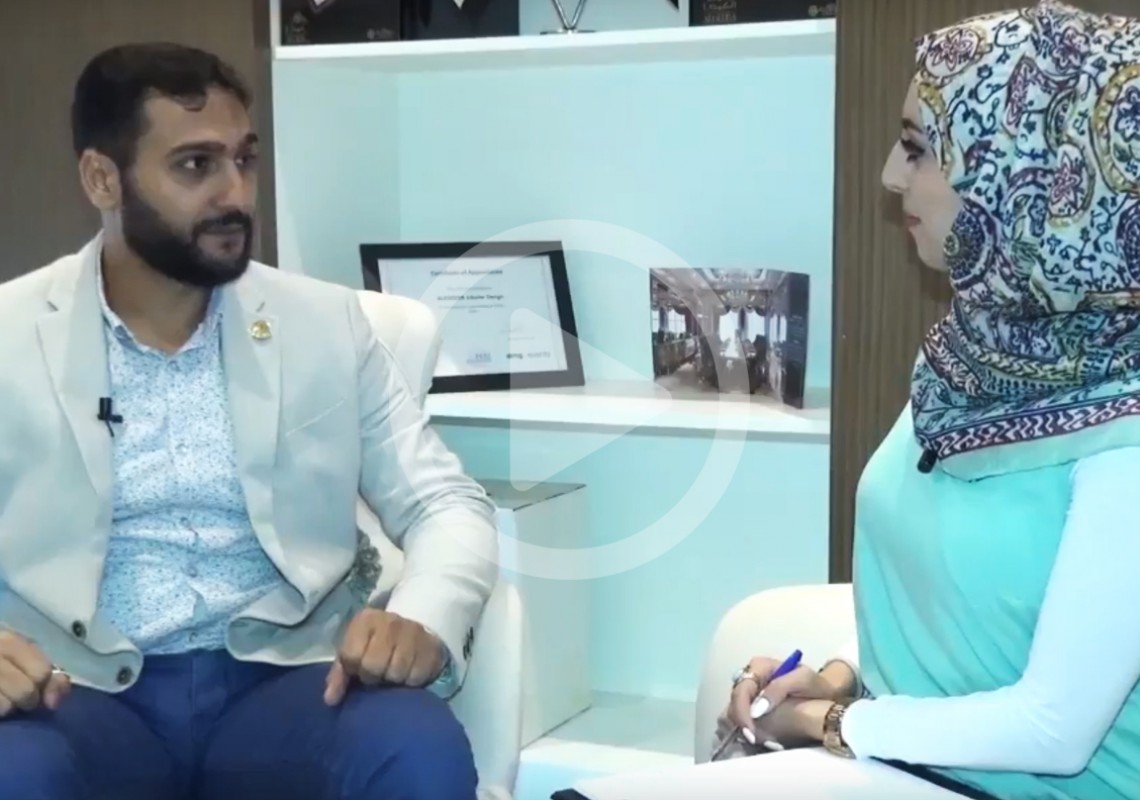 Recently, Algedra group had a pleasure of hosting "نبض الاتحاد" show which covers the most spectacular projects for the companies in the UAE and a meeting was set up with the chairman of Algedra and members of the board of management.

Eng. Fuad Ayoub, member of the board and head of project & fit-out department, spoke about the principles and values that formed the base of the group, which included the precise plans that got carried on aimfully since the creation in 2012 and how the clear vision towards those aims and the concentrated efforts to achieve them were the main factor for success and expansion throughout other countries like KSA and Qatar. In addition of several service offices across the globe such as New York and London the staff members expanded in order to meet our client's needs, which was a great success leading to opening of a new grand office in Istanbul, alongside a furniture factory in Bursa – Turkey.

He spoke of the main reason of starting from Dubai was due to the strength that Dubai and the UAE in general has and the revolutionary visions of the leaders towards the future which inspires accomplishment and continuous development providing only creative products to help set higher standards that matches the incredible growth which UAE witnesses.

Adding up he spoke of the exceptional role of Eng. Tareq Skaik in leading the department of design and graphics with a brilliant mindset which helped to set new concepts in the interior design universe.

Finally, he spoke of interior design styles and the ongoing and finished fit-out projects based upon them and how the three companies that fall under the Algedra group Umbrella work together in harmony creating this glamourous vision of interior design.

And he closed with a quote saying at Algedra that there will always be more creativity to the eye, for every style, everywhere.