The Palais Garnier was designed as part of the great reconstruction of Paris during the Second Empire initiated by Emperor Napoleon III, who chose Baron Haussmann to supervise the reconstruction.

Legend is that the Emperor's wife, the Empress Eugénie, asked Garnier during the construction whether the building would be built in the Greek or Roman style, to which he replied: "It is in the Napoleon III style, Madame!" 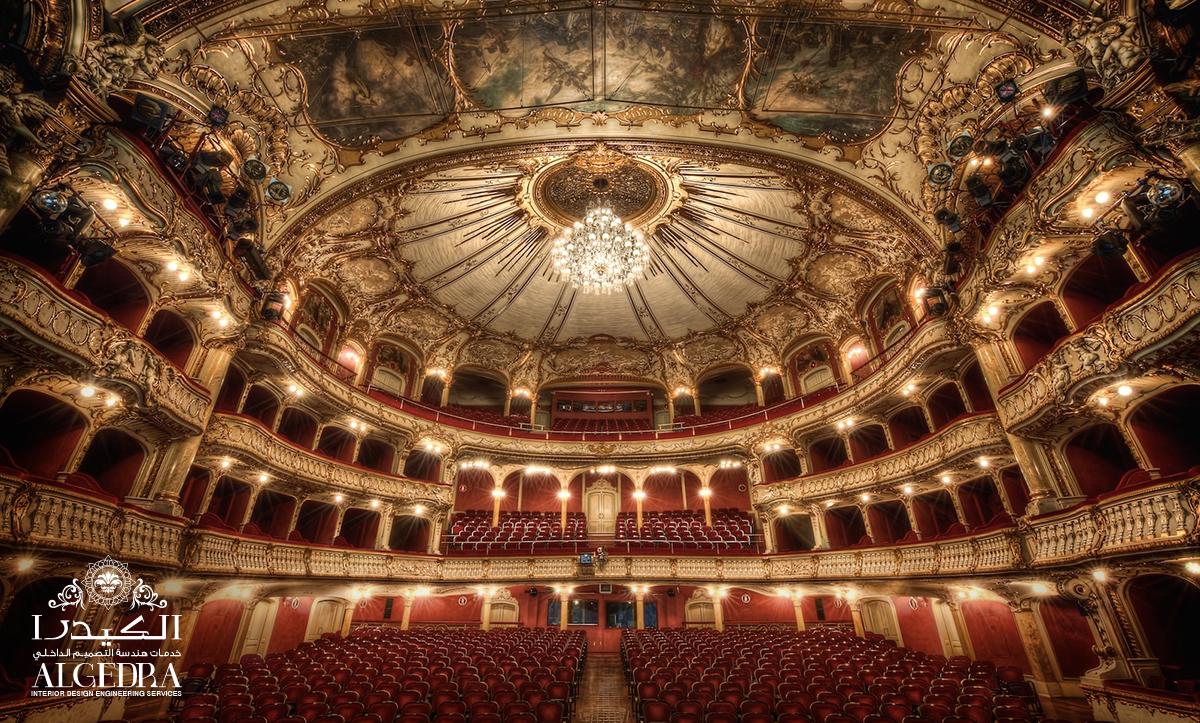 The Palais Garnier is a building of exceptional opulence. It seats an audience of about 2,200 under a central chandelier which weighs more than six tons, and has a huge stage with room to accommodate as many as 450 artists. The style is monumental and considered typically Beaux-Arts, with use of axial symmetry in plan, and its exterior ornamentation. 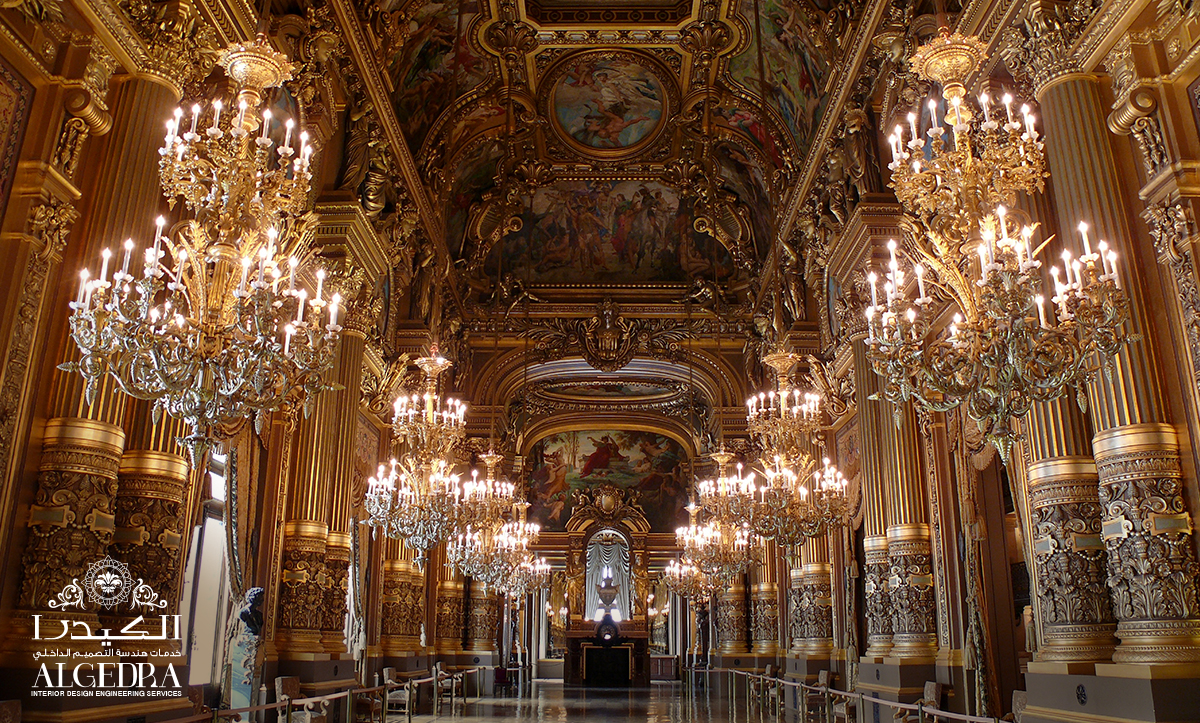 The Palais is decorated opulently with elaborate multicolored marble friezes, columns, and lavish statuary, many of which portray Greek mythology. Between the columns of the theatre's front façade, there are bronze busts of many of the great composers, Mozart, Rossini, Daniel Auber, Beethoven, Meyerbeer, Fromental Halévy, Spontini, and Philippe Quinault. The central roof group, Apollo, Poetry, and Music, was the work of Aimé Millet. The two gilded figural groups Harmony and Poetry were both designed by Charles Gumery, and the two smaller bronze Pegasus figures at either end of the gable are from Eugène-Louis Lequesne. 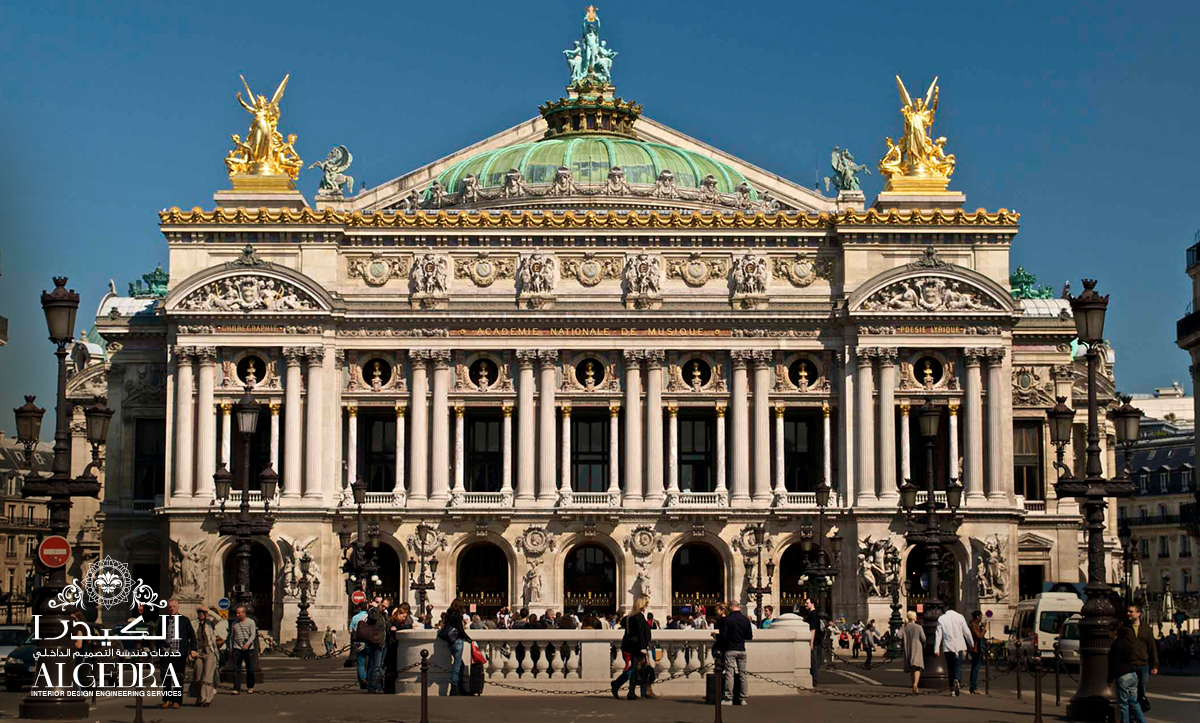 The facade incorporates major multifigure groups sculpted by François Jouffroy (Harmony), Jean-Baptiste Claude Eugène Guillaume (Instrumental Music), Jean-Baptiste Carpeaux (The Dance, criticized for indecency), Jean-Joseph Perraud (Lyrical Drama), and other work by Gumery, Alexandre Falguière and others. The interior consists of interweaving corridors, stairwells, alcoves and landings allowing the movement of large numbers of people and space for socializing during intermission. Rich with velvet, gold leaf, and cherubim and nymphs, the interior is characteristic of Baroque sumptuousness. The ceiling area, which surrounds the chandelier, was given a new painting during 1964 by Marc Chagall. This painting was controversial, with many people feeling Chagall's work clashed with the style of the rest of the theater.