Knowing the Interior of the Mosque

A mosque is a large building that has a large lounge where a huge number of worshipers visit every day to perform the five daily prayers. A mosque will always be in a direction that faces the Kaaba located in Mecca. When it is time for the prayer, the muezzin calls for the prayer, the imam stands in front of the first line of the worshipers, and he manages the prayer starting from the verbal glorification of God to bowing and prostration to the ending of the prayer. The worshipers line up in rows behind the imam, and the first row of worshipers are the ones who get the most reward. In the Mosque, there is no difference between the rich or the poor, whoever comes first takes place in the first row. Nowadays, a mosque has a minaret or a number of minarets and have sound speakers so people will be able to hear the call for prayers. 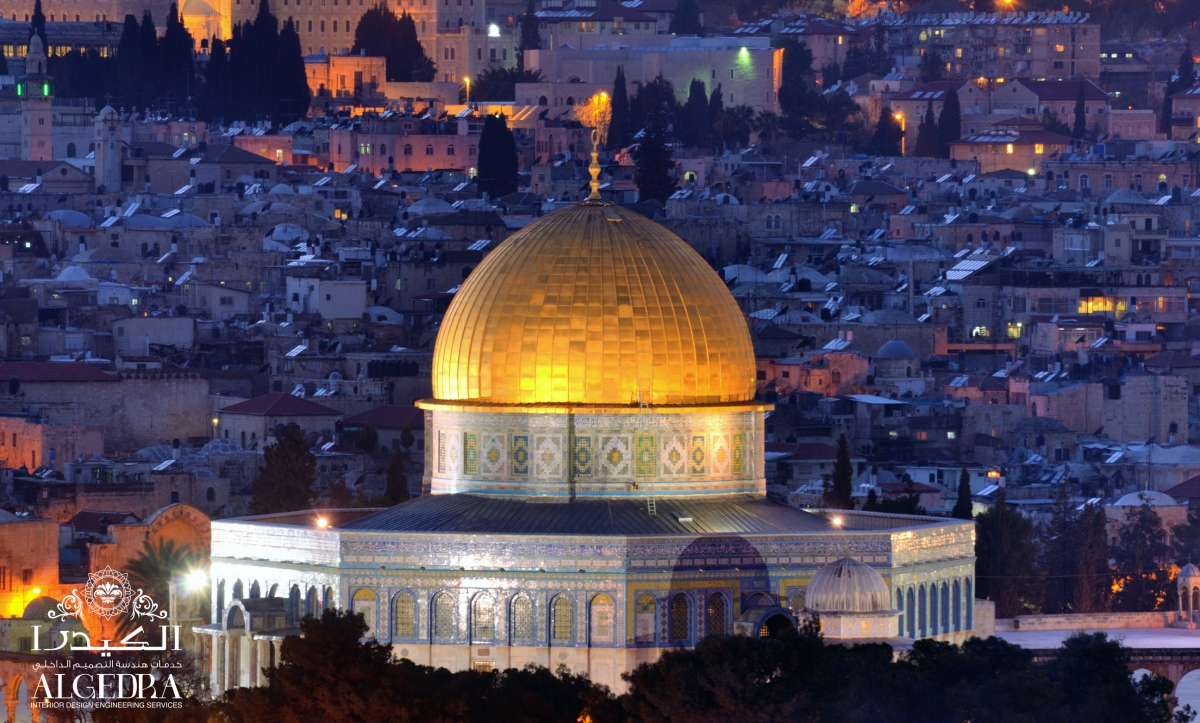 Mostly the size of a mosque is compatible with the numbers of worshipers. That's why they are often seen in a variety of sizes from small (often known as oratories with simple designs) and large mosques where Muslims gather to perform The Friday prayer or feast prayers.

In the beginning, mosques with Arabic styles were all over the Arabian Peninsula, Iraq, and the Levant. Later on, they were built in the North African countries. An Arabic style mosque is a simple square or rectangular building that has a prayer lounge with a roof made of front supported by palm trees’ trunk which now improved and changed, and it has large yard at the entrance. This style was common until the Abbasid state.

This style was popular in Iran, Afghanistan and Pakistan and also India before the Mughal era and appeared in the Seljuk era starting from the 10th century, featuring large halls, arches and domes above prayer halls and two minarets in the entrance.

Appeared in the 15th century, you can often see it in mosques around Turkey and Arab states that were under the rules of the ottomans, the engineer Sameer is one of the most famous architects of this style. More than 300 works in this field are attributed to him among which Al-Suleimanya Mosques is one of those.

These mosques are characterized with a large central dome located above the prayer lounge and smaller domes may neighbor and are located above places other than prayer lounges. Some people think that the Ottoman style has been influenced by the Byzantines architectures. 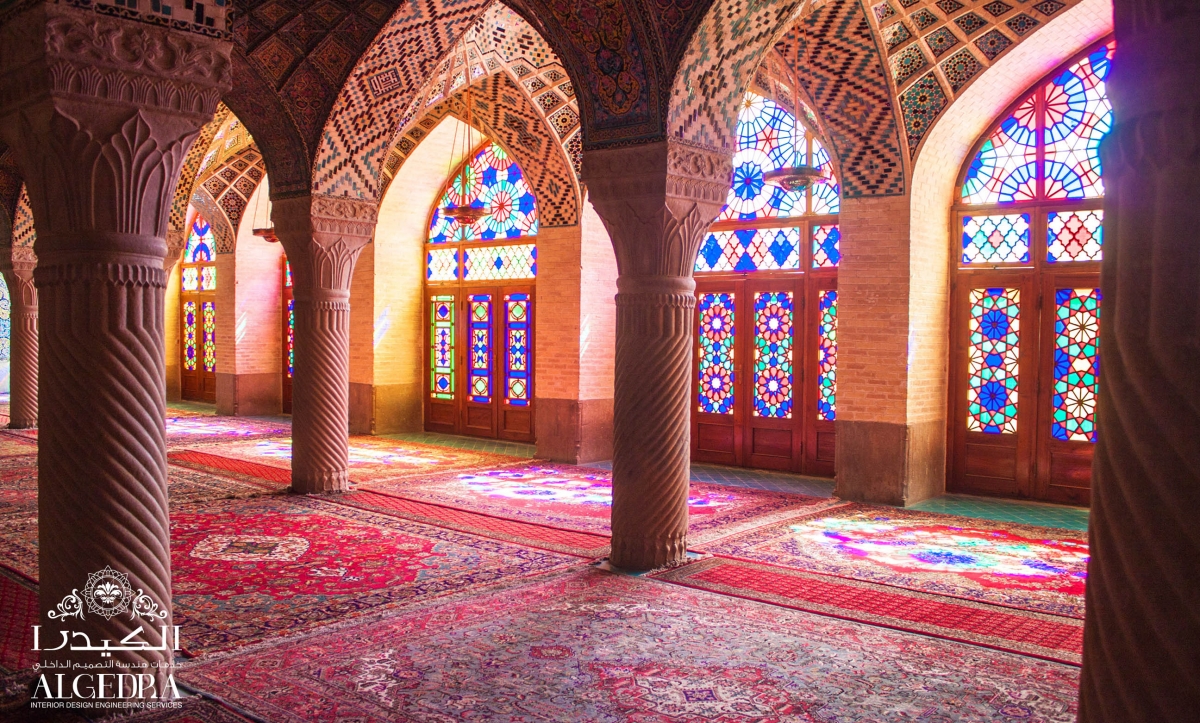 This style was exclusive in India only and it appeared in the 16th century clearly influenced by the Persian style. Its features include 4 large halls, one of them leads to the prayer hall with three or 5 large domes located above it. Delhi and Berdar mosques are some of the examples for this style.

A minaret is one of the most important elements in the mosque construction. It is very high and easily seen from far. In North Africa, it is known as a monastery, and the minaret is located high above one of the mosque’s corners so the muezzin will be able to call for the prayer.

The minaret of Hussain the 2nd mosque in Casablanca, Morocco is the highest minaret reaching 210 meters, taking into consideration that in the past minarets didn't exist and the first minaret was built in Al-Basra in 660 during the reign of the Umayyad caliph “Muawhiya”. Some believe that it was inspired by the churches’ towers.

The Qairawan Minaret that was built in the 18th and the 19th century is considered the oldest Minaret, and just like the other Moroccan mosques’ Minarets, it has its own square form and has three levels of different sizes and graded by geometric motifs.

The minarets have sound speakers so the call for prayers will be loud and clear however in countries where Muslims are a minority there is no speaker.

Some of the mosques that are famous for their domes:

1- Dome of the rock of a golden dome

2- The Prophet’s mosque and its special green dome. 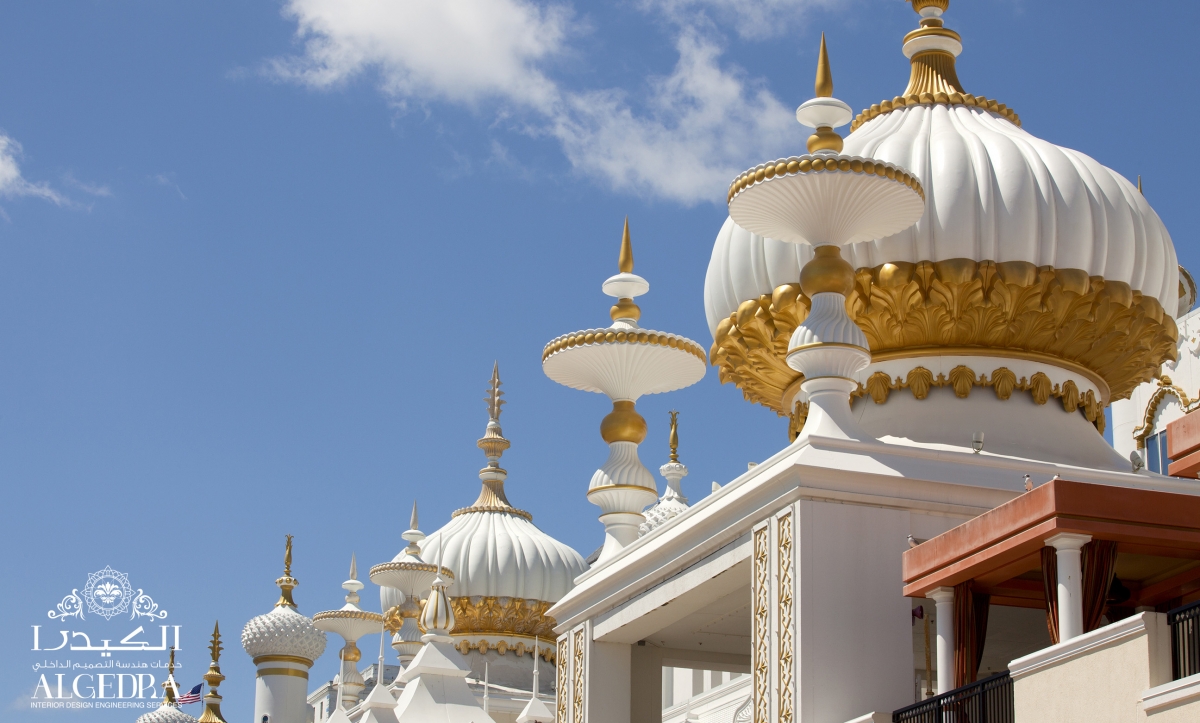 It is the main and the largest part of the mosque. Usually, it’s a large hall with many columns and in larger mosques it’s more than one hall distributed through different levels. The Mihrab and Minbar indicate the direction where the prayer destination (kiblah) is located. The hall is carpeted to provide comfort for the worshipers and these halls have decoration on their walls, columns, and ceilings.

It’s a mix of inscription on woods and walls to draw verses of the Koran, names of the God (Allah) and the prophet and his companions and also drawings of plants and inanimate but without materializing a human or animal form because it is contrary to the teachings of the religion.

Muslims stand in parallel rows towards the direction of the Kiblah , the first rows are always for the men , then children rows and the women rows though this was in the past, now most of the mosques provide separate and special halls for women.